Japan is internationally known for its perfect blend of tradition and modernity. It is indeed a country proud of its traditions and values. However, as in the rest of the planet, the story comes to us through male voices. Junichiro Tanizaki, in his novel “A blind man’s tale” uses a war and honour story, to show us the feminine universe of the medieval Japan. During my artistic residency in Kamiyama, I wanted to make a modest approach to the situation of women in modern Japan. As a European visitor, I am aware of my limitations when it comes to knowing in depth such a different culture. Therefore, I wanted to use the unique opportunity that was offered to me and to know firsthand the story of 5 Japanese women from this charming village in the Tokushima prefecture. Onna bugeisha is a modest homage, in an attempt to capture the identity of these magnificent women.

The province of Awa (present-day Tokushima) is known for a thousand-year-old natural dye form, the Awa-ai (Indigo of Awa). This technique of textile colouration has its origins back to the Heian period. During the Sengoku period, a type of dark indigo, almost black, called “kachi” was the favourite colour of the samurai. During the three months I spent in Japan, I had the opportunity to learn this technique from some of the most important masters in the country.

In my project, I wanted to combine this traditional technique with European reproduction procedures. Starting from photographic portraits, I made five large format screen screens. Following the advice of experts in the field, I applied a bleaching technique with the help of these screens.

t button to change this text. 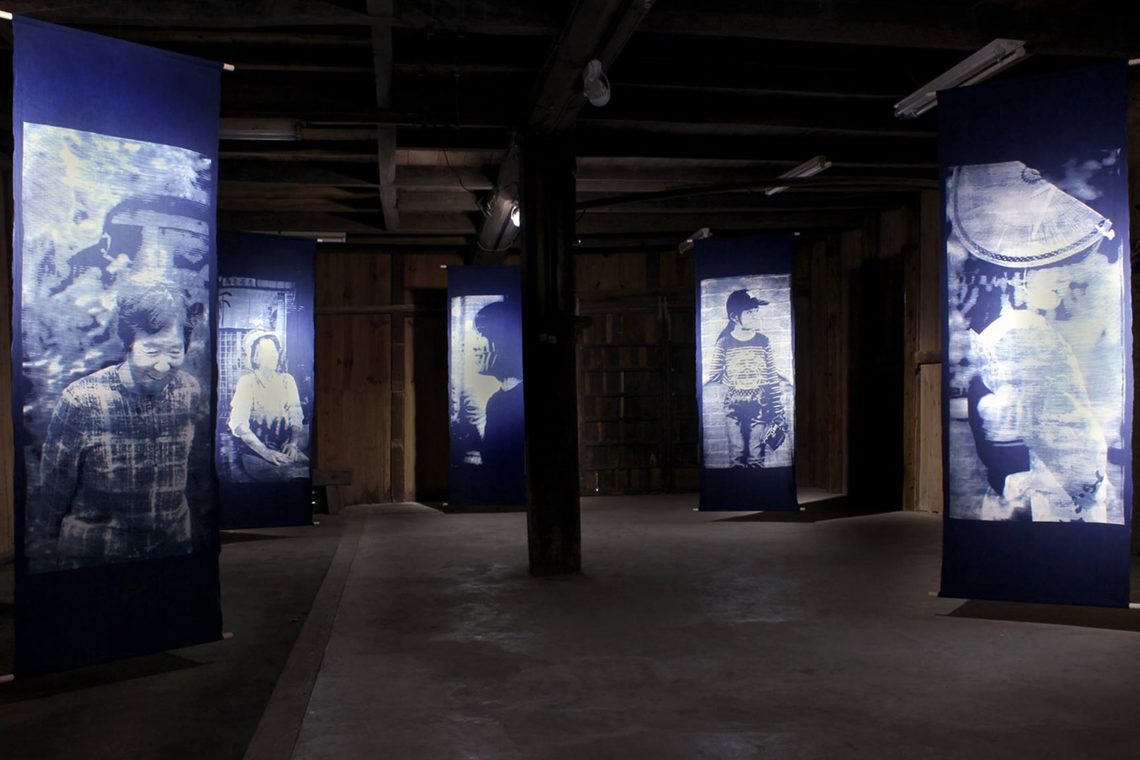 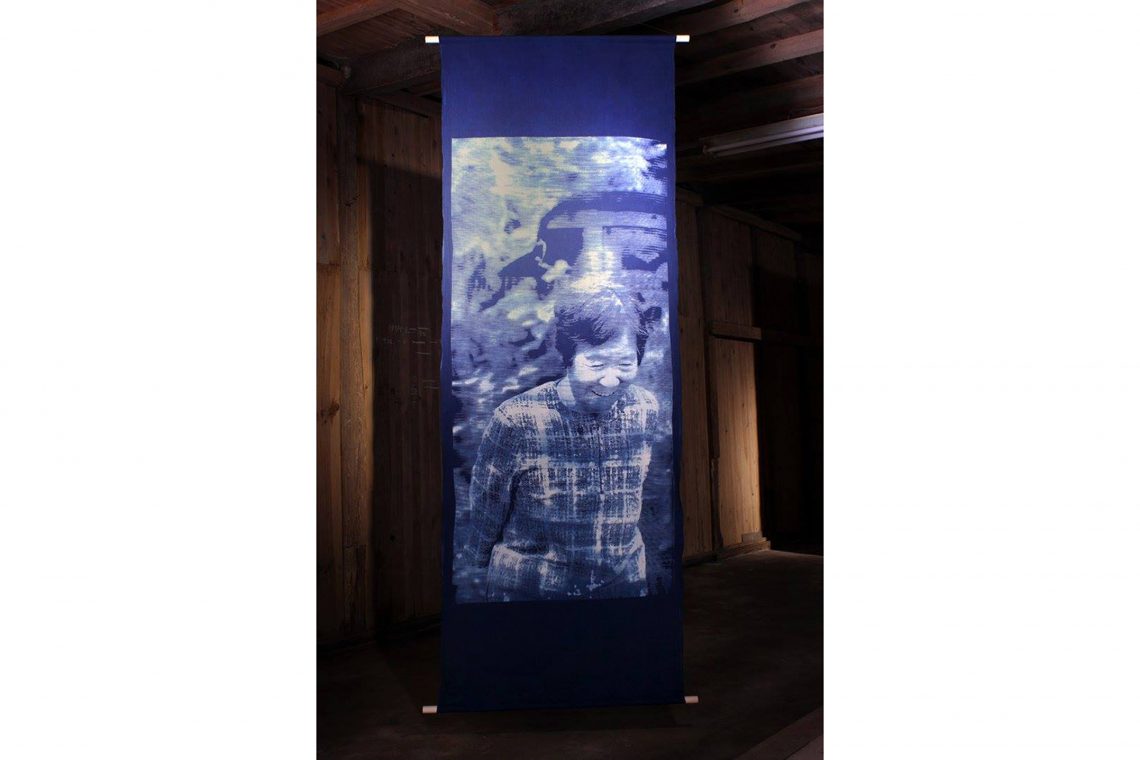 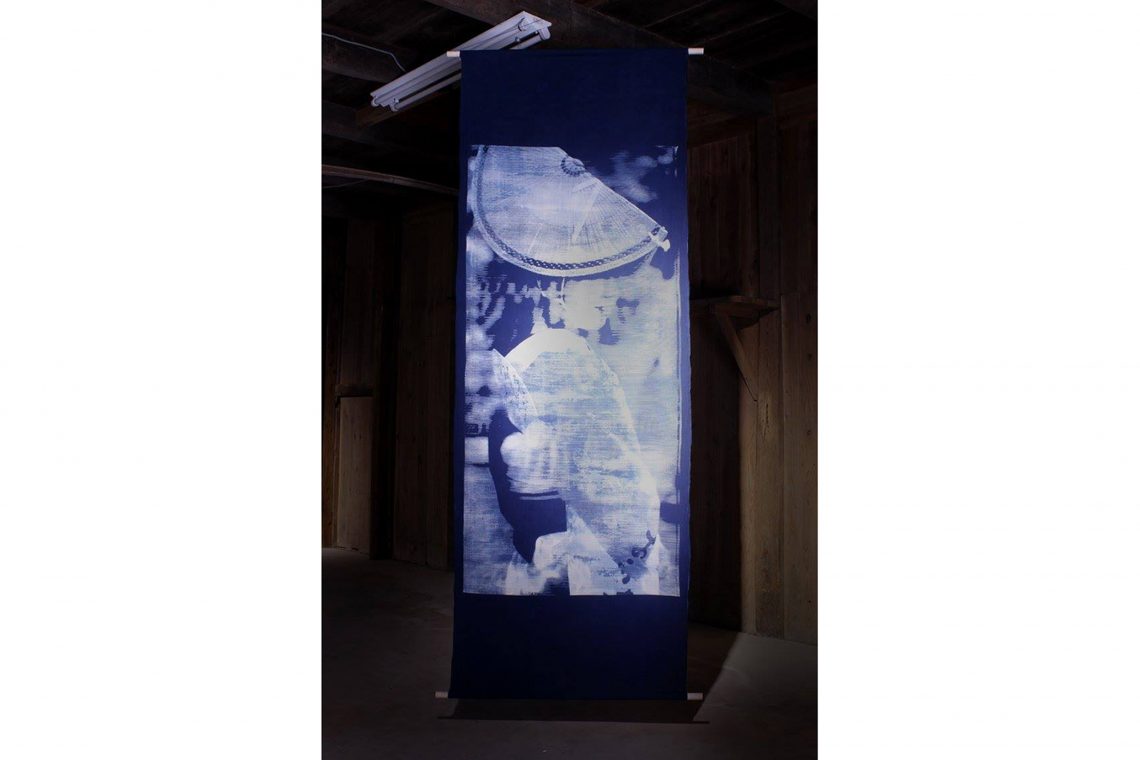 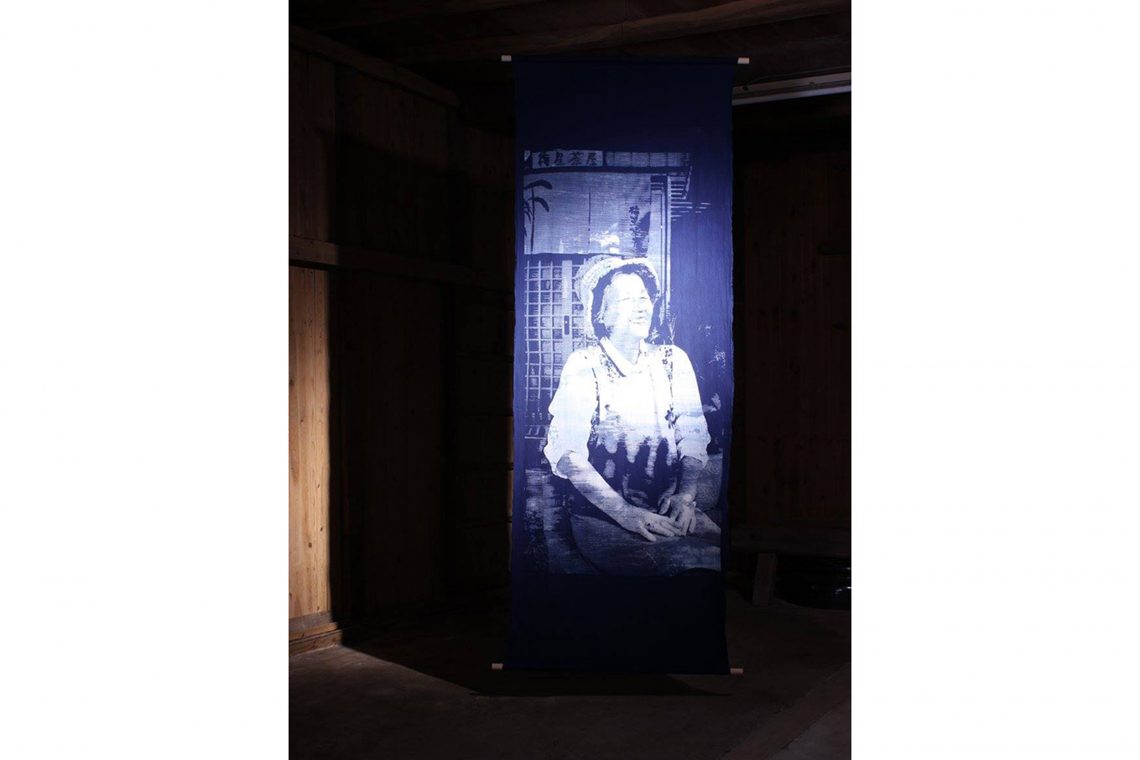 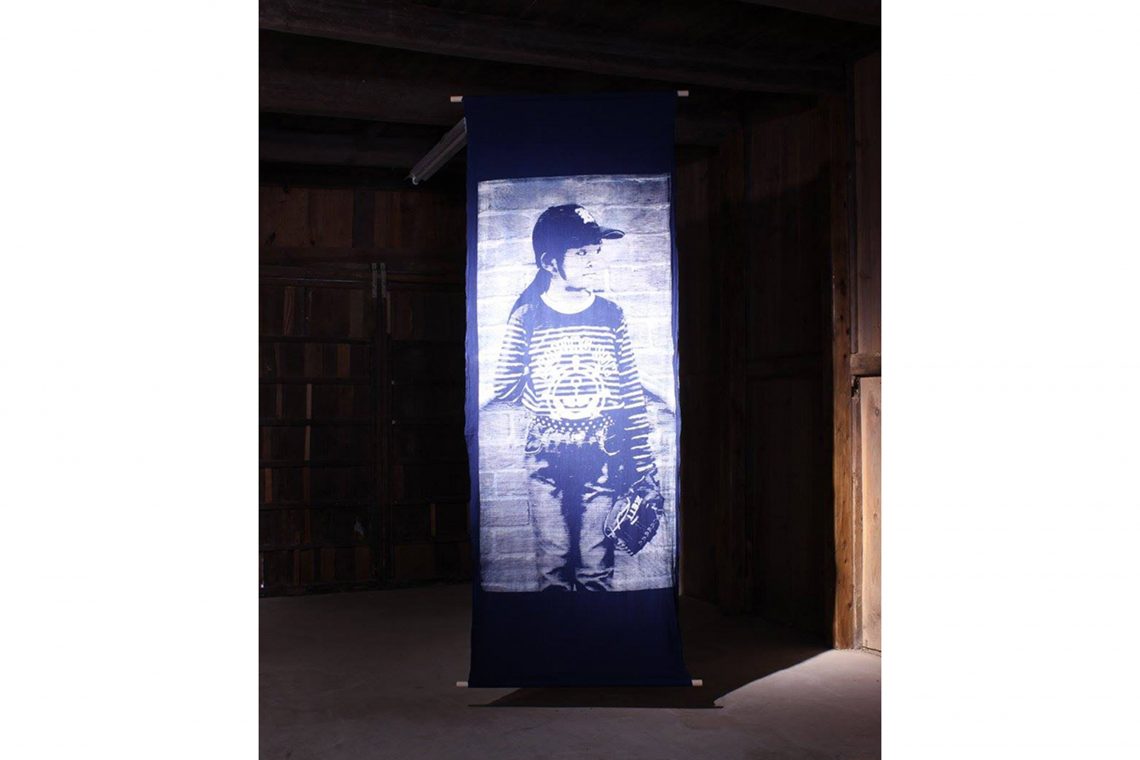 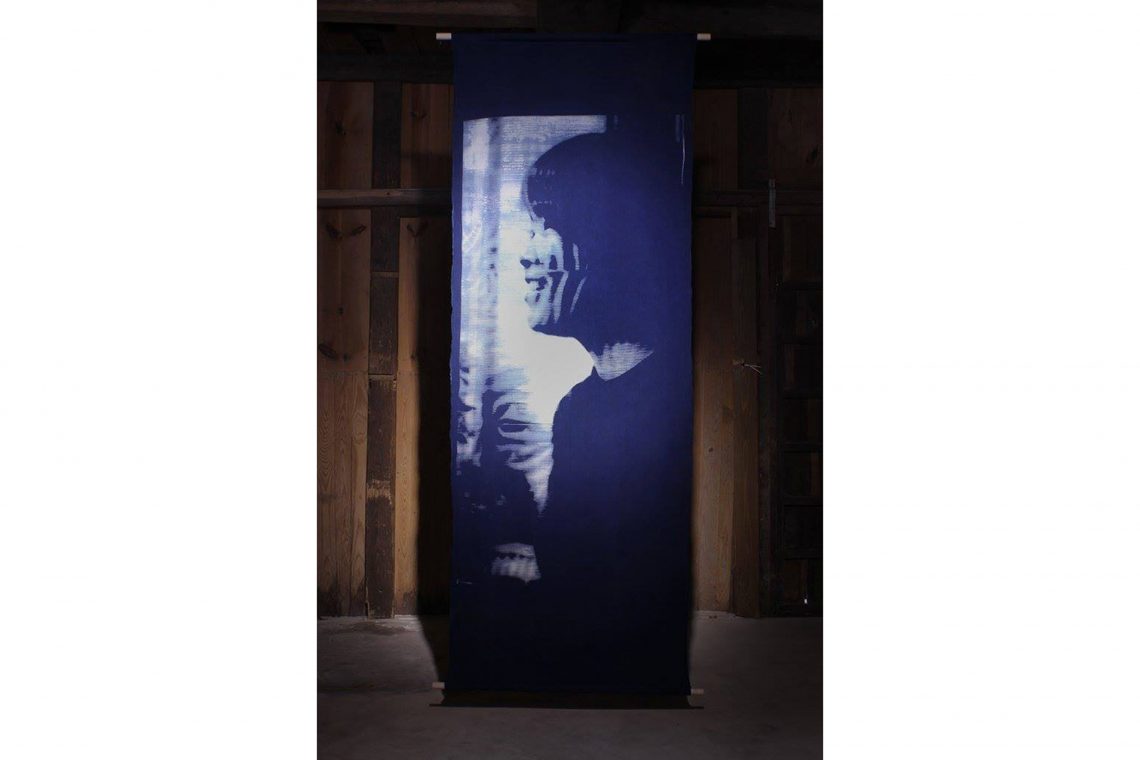 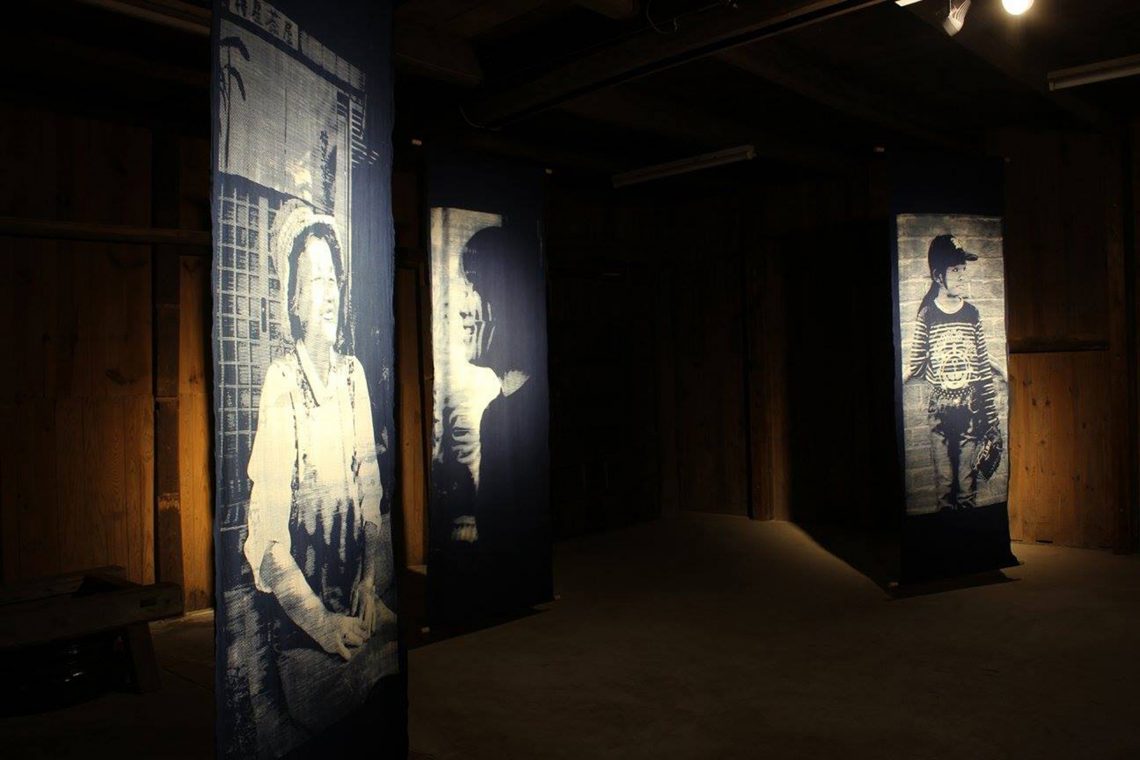