Mr. Krapp, the protagonist of the one-act play of Samuel Beckett’s “ Krapp ‘s last tape”, recorded a diary on a tape recorder for thirty years. During the play, Krapp listens to himself and he can not remember his own experiences and even he can not understand some words he used. New data logging technologies have similar compatibility problems due to their constant evolution.

Until recently it was believed that memories remained static until the holder was damaged. But it has been discovered that, when we remember an event, a new consolidation of the memory occurs. This is not the generation of a new memory, but a restructuring or reconstruction of memories prior. When the brain remembers something, that memory is reconstructed and updated. This phenomenon means that when something is remembered, not the original event is remembered, but only the last update. In this recovery, the brain reinterprets and modifies the information so that it is remembered more times greater than the difference between the original memory and the present.

The project consists of a series of video projections on five acrylic screens, broken and suspended, arranged in parallel with a spacing between them. Each of them is suspended by fishing lines and pending from a structure in the ceiling. The use of acrylic and its suspension are semantically related to the fragility, imprecision, and volatility of the memory. Each screen is painted on white from the back, so when it is rear-projected from below, the video can be seen from both sides of the glass, creating a small distortion of spooky dyes. On the first screen, I projected a video based on Krapp’s memories records, the memory of love. Every following video is a version of the previous one with slight differences. With this installation, I try to show the evolution of the memories through time and how they change in a really imperceptible way till a point in with memory and experience are two different things. 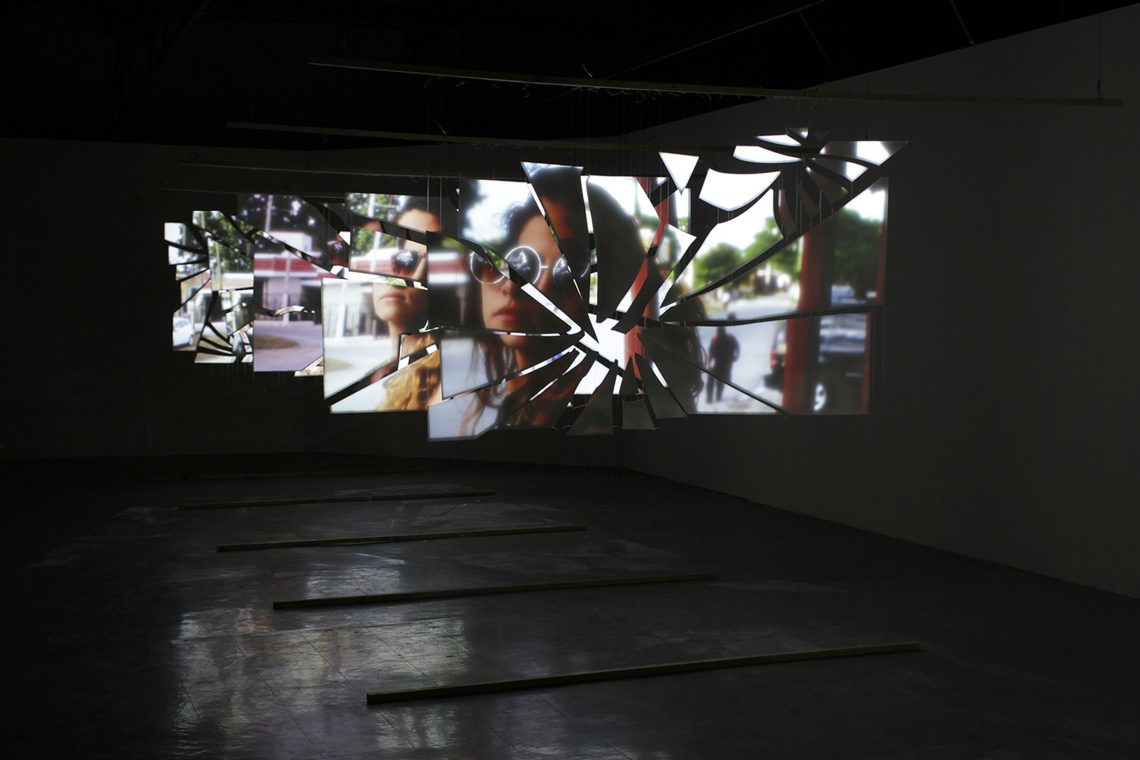 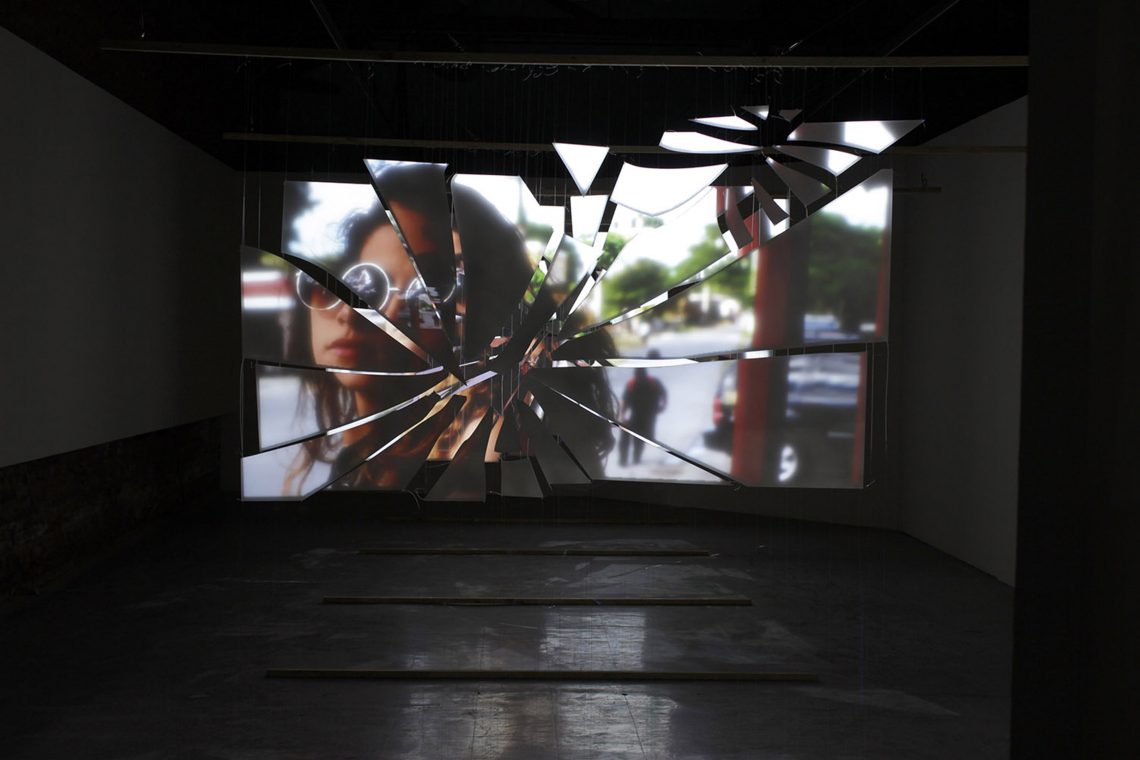 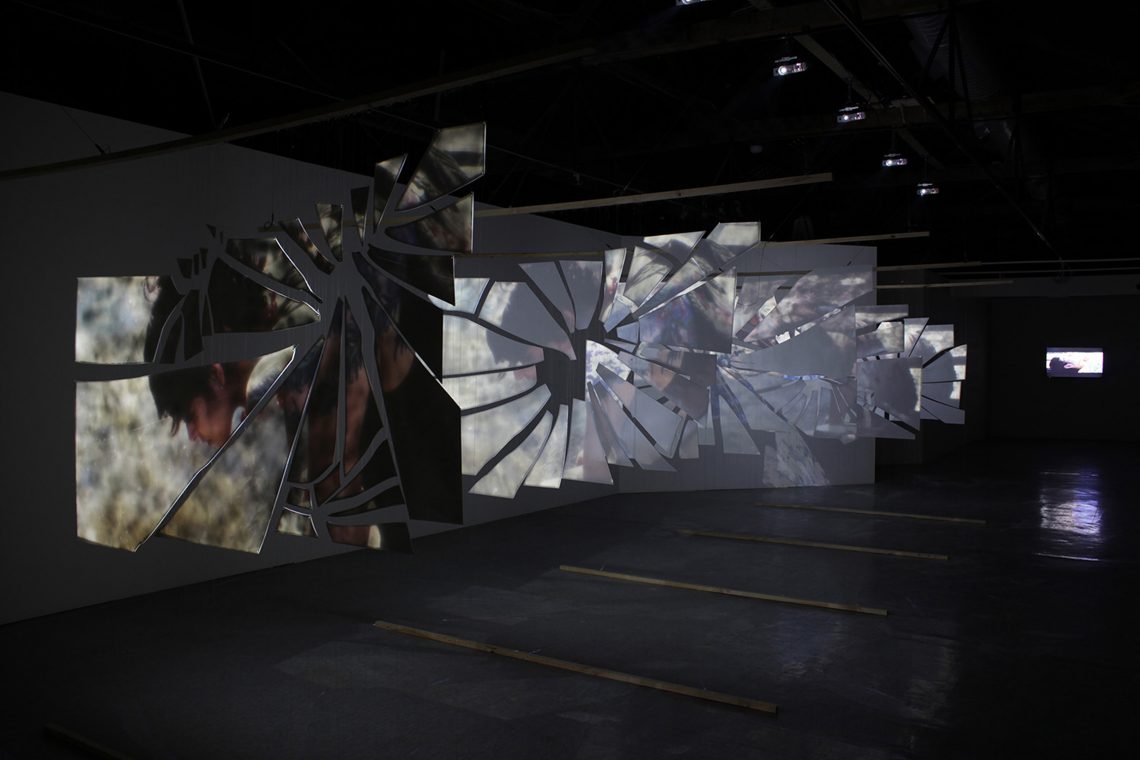 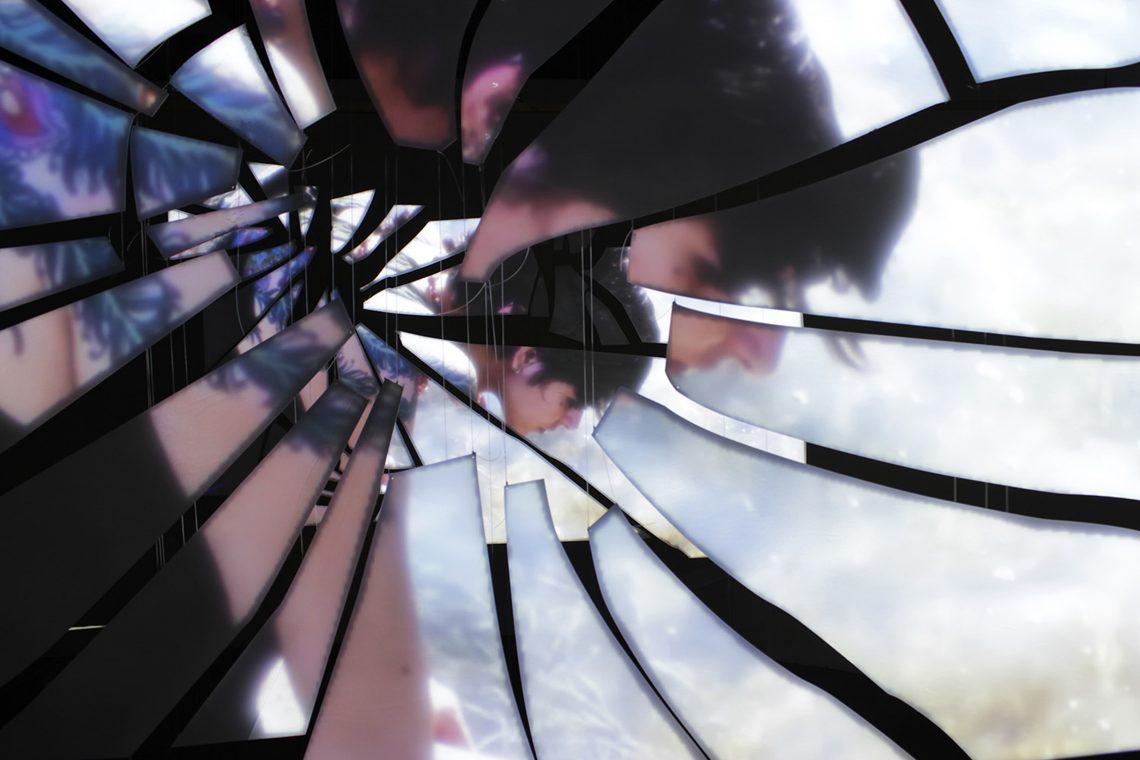 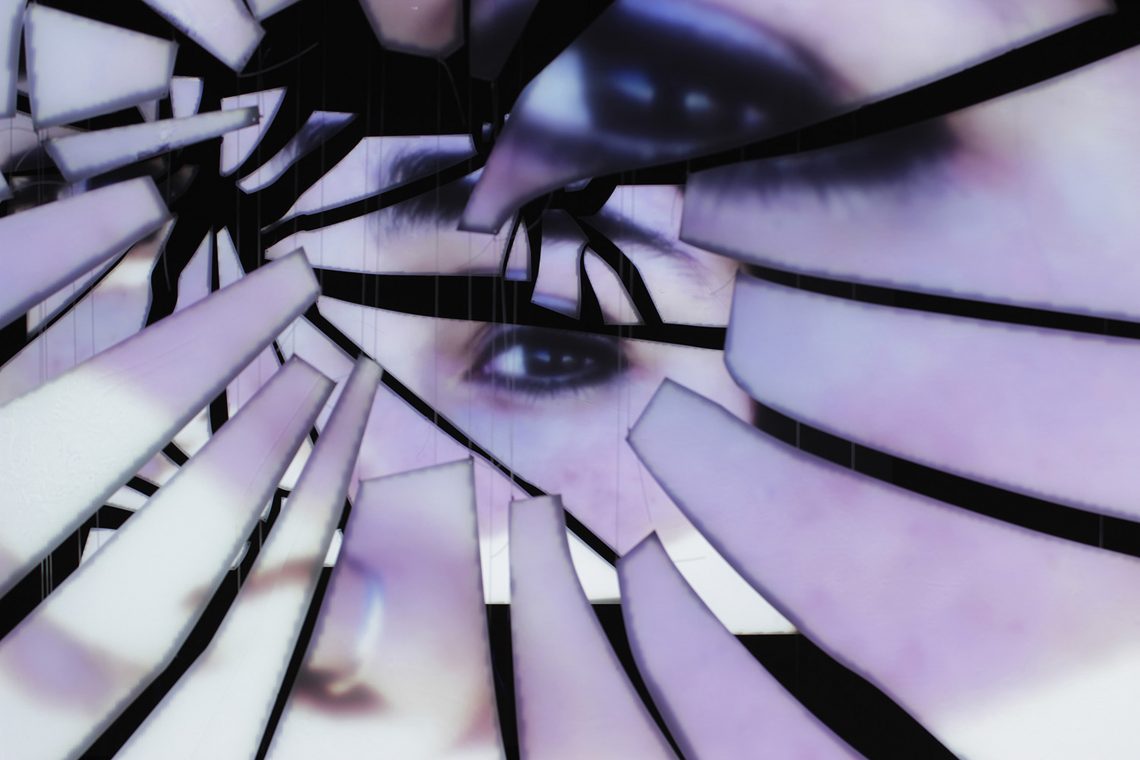